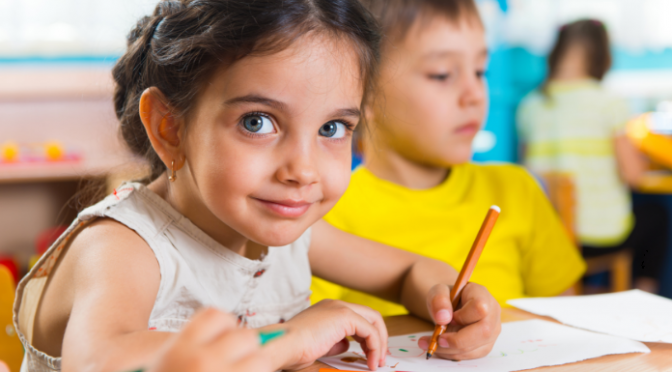 Here are some games that can be used in foreign language classes with youngsters.

The above sentence means “I see something that you don’t see” and this game it’s very easy to play. One player chooses one thing from the environment in the classroom (or outside ) and other players should guess which item the first player has imagined. Players ask questions in a row and eventually try to guess when they feel ready. There is also a board game called Rate-Garten which children play very gladly.

Try out easy memory games. I have bought some Ravensburger (producer’s name) games which are really good. We are talking here about matching pairs of pictures and the task is to remember where each of them was placed on the table. This way you can repeat and practice words.

This is an interesting way to teach kids to count until 10. Of course, you should play it outside. 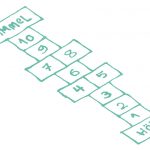 This is a well known game. The point is to whisper the word to the kid beside you so that other cannot here it. The word is then passed on to the next player etc. it is very fun to hear how the word is going to sound in the end. You can even play some music in the background. 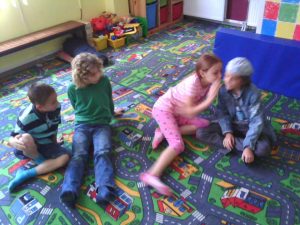 Give learners a blank sheet of paper with a 5×5 table on it – that will be their bingo cards. They should write words on them which will end up with various word combinations – you do not even have to give them tables filled with words – they can do that themselves. Of course, you tell them which (25) words they should use. If you wish an easier version you can leave blank one field in the middle of the 5×5 table. Prepare the words before the class and write them on little pieces of paper which will then be drawn until someone yells ‘bingo’! A player has a Bingo if he/she has a combination of 5 words in a row – vertically, horizontally or diagonally. There can be more than one winner if you continue the game after the first ‘bingo’. You can use Bingo Baker – a bingo cards generator which will produce cards with words on them if you prefer it that way. During the game you can ask learners which words they need until their first/second/third bingo. 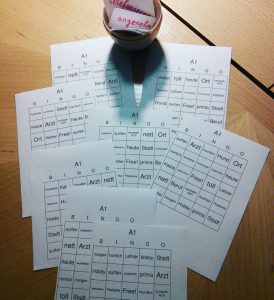 You can play lotto with your kiddies too – the principle is almost the same as for the Bingo (see above).  The students can write the words themselves (you don’t have to do that instead of them, but you can if you wish), you need cards with 4×7 fields and tell the students which 29 words they should use. They write their words on cards in the way they like and then tick 9 words of their choice. When they are done, you draw 9 words out of the 29 words (which you have prepared and written on little pieces of paper before the class)-  the winner is the learner that has the best score.

Each kid gets one word and he/she needs to explain it with the pantomime. You could put all words (on little pieces of paper) in a little bag and kiddies should draw.

… sind der Kinder dreie, sitzen unterm Holderbusch und sie machen husch, husch, husch. Ringel, Ringel, Rosen, gelbe Aprikosen, Veilchen blau Vergissmeinnicht, alle Kinder setzen sich.” The kids are holding hands, singing this song and going around. Until the end of the song they need to sit to the ground as quickly as possible. Who sits as the last loose the game and does not participate on the next round. You can use this game to cheer them up if you notice that they are not so good concentrated as before in the class. 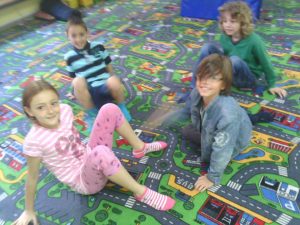 You can use this (counting out) song if you need to decide in class who starts first at something (some other game).

Looking for other ideas? Check out Deutsch fuer Kinder (Goethe Institut) and KinderliederTV  – YouTube Channel with songs for children.